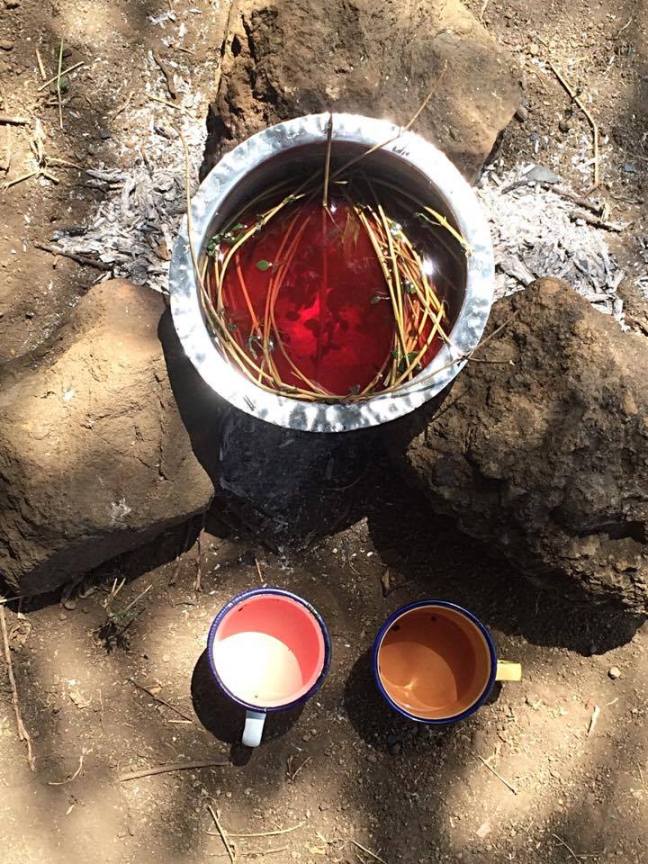 On a sunny and really hot day we decided to join another Maasai settlement in order to learn about their way of living.

Part of the day was spent going around the dessert looking at all the different plants the Maasai use for their healing properties.

Our guide said that they discovered these properties after years of trial and error efforts to find natural medicines.

I do believe that the solutions to a lot of our problems in general are provided by nature itself in one way or another so I find this guide particularly intriguing.

Here is the list of plants the Maasai use for their medicinal benefits (I have probably got the spelling completely wrong as I just noted the way they were pronounced by our guide and could not later on find them online to double check):

Can be boiled in water and the solution is then drunk to alleviate gastric pain; aloe vera gel can be used to massage bone pain away and as sun screen; interestingly enough its bark is used in making local beer.

Its milk has antiseptic properties and thus can be used as soap for bathing.

Its juice is rubber-oily so it used as a body moisturising lotion and baby soap; also used on wounds to keep them well hydrated

Its bark is boiled and the resulting solution acts as diarrhoea relief medication when drunk.

Its milk is used as antiseptic for possible wounds on their cattle.

The roots of it can be boiled and then the solution can be rubbed over the back to alleviate pain.

It has a smelly juice which acts as an insect repellent (particularly useful for mosquiotes); can be used on people and on cattle.

The branches are boiled and the resulting solution is drunk to treat pancreatitis.

The branches are boiled and the resulting solution can be drunk to heal gastric and intestinal ulceration.

Its bark is boiled and the resulting solution can, when drunk, alleaviate headache.

Its juices can be used as a wound antisepcitc

Can be used to alleaviate the symtpoms of heartburn and food poisoning.

A kind of mint used to increase appetite.

Armatanguiu (aka the Viagra of Maasai)

Roots eaten and boilt; acts as an erection enhancer.

Can be used if your are anaemic

This is a text widget. The Text Widget allows you to add text or HTML to your sidebar. You can use a text widget to display text, links, images, HTML, or a combination of these. Edit them in the Widget section of the Customizer.
%d bloggers like this: